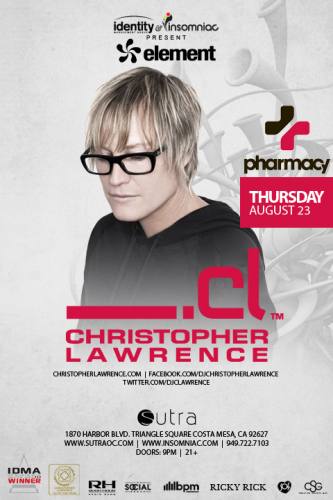 Winner of 'Best American DJ' in 2008 and voted the #4 DJ in the World by DJ Magazine’s ‘Top 100’ poll for 2006, Christopher Lawrence is recognized worldwide as one of the World's top DJs and producers. Having risen to the top of the international dance music heap, he is now considered one of the key global players and America’s leading dance music export. Playing his tough techno trance sets at the world’s biggest festivals and superclubs, Christopher Lawrence takes the stage at Sutra for a night you want to be a part of.