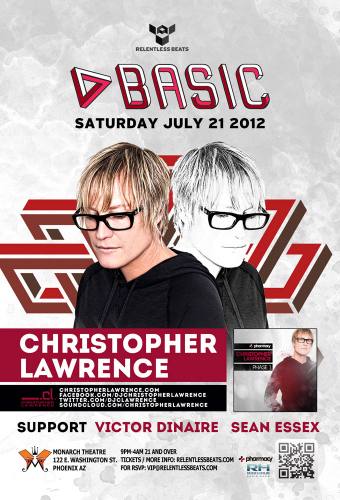 Over the past few years, Christopher has received numerous awards and accolades. Currently ranked one of the World’s Top 100 DJs on the DJ List and previously reaching #4 on DJ Mag’s Top 100, Christopher is a winner of "Best DJ" at both the Dancestar US Awards and Los Angeles Music Awards, Christopher has additionally been nominated in Dancestar UK Awards, DJ Awards, International Trance Awards and the Global DJ Mix Awards. Christopher has also topped dance music polls worldwide. He has graced the covers of countless magazines, newspapers and publications worldwide, and is the only DJ to make the cover of America’s DJ Times magazine twice in one year.