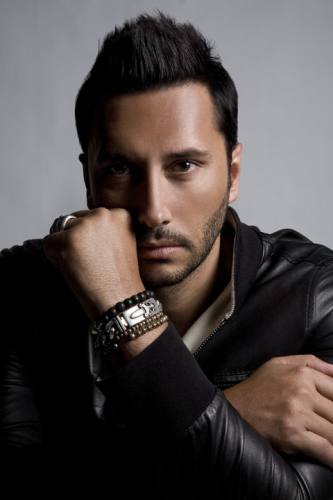 As most of us were popping pimples and starting puberty, Cedric Gervais was behind a set of turntables, playing to thousands of clubbers. At the age we were struggling to get our drivers license he was a resident at one of Paris’ top clubs. While the rest of us were chasing girls, laboring to get through school, or trying to sneak into clubs Cedric was already inside of them, busy becoming one of the top DJs in the world. Seems impressive, but I guess when you’re studying masters of the trade like Carl Cox and Laurent Garnier while the rest of the kids are studying math and science those kind of things aren’t too big of a deal.

From these not so humble beginnings Cedric has carved himself a spot in the world of House Music that stretches from the South of France to South Beach. He has also taken the step into production, working with a wide variety of amazing artists while showing off his own formidable talents as well. With headlining spots around the world, as well as his own legendary residencies, Cedric has made a name for himself that will soon be on the lips of clubbers the world over.

His first gig was a 3000 person rave in the South of France at 15 years old. A residency at Queen in Paris followed shortly thereafter and eventually he landed in Miami at the world-renowned Crobar where he became the hottest thing in South Beach. Cedric’s reign over the stylish and beautiful crowds on Washington Avenue lasted four years and spread down the road to Nikki Beach where his Indio Locco party put the recently opened outdoor/indoor club squarely on the map. In 2004 he moved downtown to his current home, the world famous Space in Miami. During his residency at Space he has played alongside the most famous DJs in the world on the main floor every Saturday night including Deep Dish, Roger Sanchez, and Sander Kleinenberg. Every Sunday morning at Space, he heads to the Terrace at 5 AM for his own special sets that last well into the afternoon.

On the production tip Cedric has worked with all the top electronic talents and labels you can think of, from Peter Rauhoufer to Dirty Vegas to Second Sun as well as some giants in the world of rock. Along with sometime production partner Dallas Austin they created distinct sounds for Duran Duran’s Want You More while also remixing the track for the classic New Wavers. Even Lenny Kravitz clocked his skills and asked Cedric to remix two of his songs, Believe In Me and Stillness of the Heart while listening to him play in Miami.

His original productions have been just as noteworthy; his first release Burning on Ultra Records made a huge mark and lead the top label to request a two-album deal. His debut artist album on the way is, Experiment due this fall. The first single, Spirit In My Life released in April is already a staple in the sets of Erick Morillo, Seb Fontaine, Deep Dish and loads of other major DJs. In addition to his album, he had a hand in one of the biggest tracks of the 2006 WMC with his remix he did with Second Sun of Queen’s Another One Bites The Dust.

This summer’s will take him to Ibiza, London, across America, and around the world. His residency at Space will continue as well, providing a home for Cedric and his diehard fans. Without a doubt Cedric Gervais has already achieved more than most top DJs could ever even hope for, but his reign is just beginning and he is sure to make even more noise with his music before long.