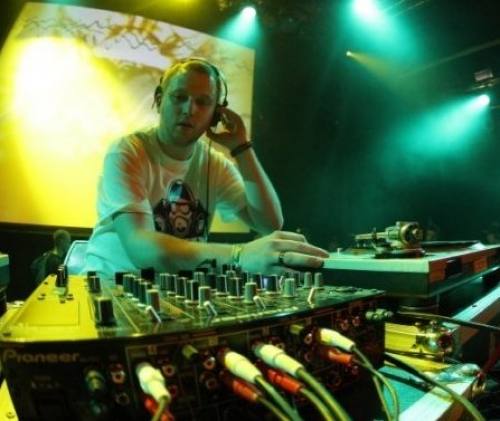 
Today, Caspa is synonymous with the underground. If you don't know Caspa you don't know Dubstep. With an epic list of tour dates taking him to every corner of the globe he still finds time to host a bi-monthly night at the world famous Fabric. Not content with running 3 labels , producing dancefloor bomb after dancefloor bomb and the acclaimed album 'Everybody's Talking, Nobody's Listening', his remix skills are in higher demand than ever, remixing for the likes of Deadmau5, Miike Snow, Swedish House Mafia ,Depeche Mode, Kid Sister and Adam F & Horx feat Redman to name just a few.

Growing up in West London on a diet of Jungle and Hip Hop, Caspa started DJ'ing and experimenting with beats after a promising Basketball career was cut short by injury.

In 2003, under the pseudonym Quiet Storm, the track 'Bass Bins' was picked up by BBC 1xtra's J Da Flex and things started to snowball. Founding his own label Storming Productions in 2004, Caspa also began a weekly radio show on the iconic Rinse FM. Signing up and working with the likes of Search & Destroy, Dubchild, Toasty Boy, DJ Narrows and Oris Jay the label soon became established as one of the dominating underground labels of the time.

After receiving a demo from Swedish producers L-Wiz, a thoroughly impressed Caspa decided to start a sister label 'Dub Police'; its aim to focus entirely on exciting new artists and provide a platform to the new and quickly emerging genre Dubstep. With a string of successful releases from artists such as L-Wiz, N-Type, Rusko, The Others and of course his own productions under the Caspa alias, the label began to grow in to one of the trail blazing labels of the emergent genre. Meanwhile Caspa was also having success on other labels with releases like 'Rubber Chicken' which was snapped up by Tempa and soon became an underground anthem.

Amidst the ever growing hype, Caspa and fellow label artist Rusko were approached by Fabric to mix the 37th instalment of the legendary FabricLive series. Following on from such legends as John Peel and Fabio & Grooverider, this was the first commercially available dubstep compilation and played a significant part in bringing the genre into the limelight and introducing it to many new listeners worldwide. His anthemic remix of TC's 'Where's My Money' pushed things even further and his mix on Deadmau5 and Kaskade 'I Remember' further still.

2009 saw Caspa take things to the next level with a series of high profile gigs & festival performances from Glastonbury and Global Gathering to sharing the main stage with Lily Allen and The Arctic Monkey's at Serbia's Exit Festival. Not content with rounding up the year with an epic US Tour, his huge remix of Hard by Breakage feat Newham Generals became Zane Lowe's hottest record in the world at Radio One and was almost immediately followed by his mix of Adam F and Horx featuring Redman 'Shut the Lights Off' – which on it's debut play was also crowned with the same honour.

2010 has seen Caspa smash up the clubs with his Subscape collab 'Geordie Racer' and his remix of Ludacris' 'How Low Can You Go' – the first official dubstep remix of a major US rap-star. Equally his remix of 'One' by Swedish House Mafia has made major waves also. In the summer his epic My Style compilation hit the shops, while on the release front, 'Back for the First Time' got everyone talking, with support from Zane Lowe, Annie Mac and Mistajam and daytime and afternoon spins and an official playlist on radio 1. This instrumental then got a massive vocal topline from Mr Hudson to become 'Love Never Dies (Back for the First Time)'

The touring continued with a host of major festival dates in summer 2010 including hitting the main stage at Sonar just before the Chemical Brothers headline set and rocking Bestival, Global Gathering, SW4 and more in the U.K. On top of this, Caspa then played dates at Hardfest and the legendary Lollapalooza in the U.S. and that's not to mention dates in Ibiza, Germany, Australia/New Zealand and even India!

The first few months of 2011 have been on studio lockdown – there's a new artist album in the works and summer festival bookings are in including for Glastonbury, Global Gathering and Creamfields in the UK, Primavera and Monegros festivals in Spain, B'estfest in Romania and the HARD Summer Tour in the US.

On top of working on his artist album, Caspa has also been busy remixing including for Katy B's 'Easy Please Me'. Caspa's follow up to 'Neck Snappah' (his first release of the year) is 'Fulham 2 Waterloo' which is out now and there's now a free Caspa app available for iPhone too.

Big things happening for sure…..but what else would you expect from the dopest ghost in town?!