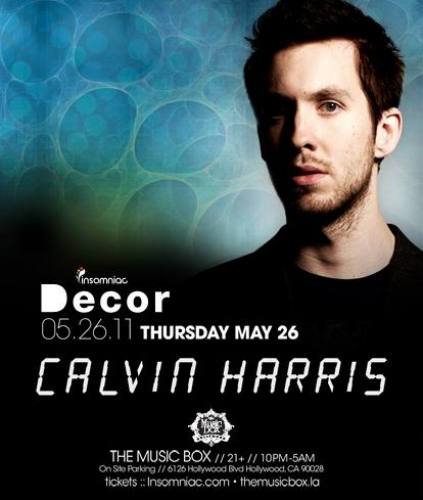 What: Calvin Harris @ The Music Box


Just a few short weeks ago a man from Scotland came to Beyond Wonderland and sent the crowd into dancing frenzy.  The set played by Calvin Harris was one to remember, so good infect it left the crowd wanting more.  On May 26th he's coming back!


Insomniac events are about the total experience.


Constructed in the roaring twenties, The Music Box has been at the very center of Hollywood's dazzling nightlife for nearly a century. The storied edifice, which for decades has been a lavish sanctum of glamour and spectacle, has now been painstakingly refurbished to its original Golden Age glory.