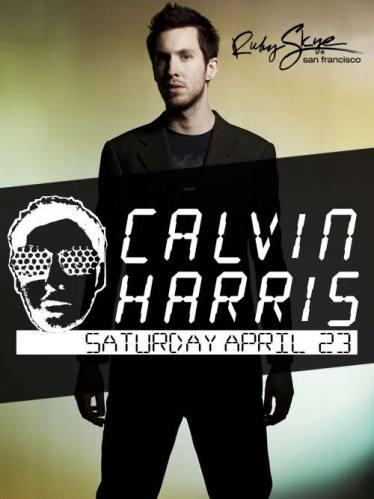 
Calvin Harris has followed the success of his gold selling debut album ‘I Created Disco’, by scoring yet another gold album and the trump card, a UK no. 1 with its successor ‘Ready For The Weekend’.


“What I’m into at the moment”, says Calvin Harris, “is the idea of stadium dance. Playing football stadiums with massive riffs, big hands- in-the-air moments.” A bold ambition, but such boldness is justified, coming from a man who ascended from the bedroom to the big time.


Calvin has come a long way since his trademark sound took over the charts in 2007. Now a sought after producer, international DJ and bonafide star, Calvin has picked up awards, collaborated with everyone from Kylie Minogue to Example, clocked up record sales well in excess of a million copies and sold out tours across the UK. Now he has brought us the soundtrack of summer 2009.