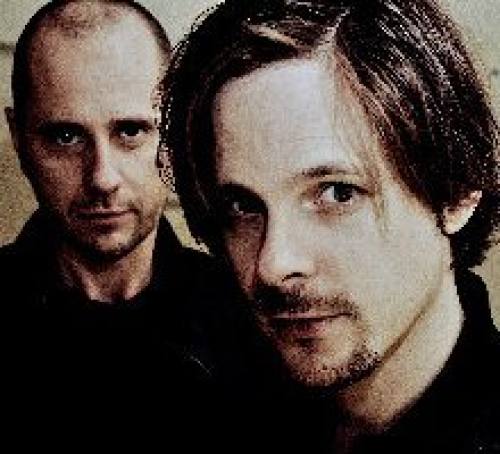 What: Booka Shade @ The Music Box

Berlin-based producers and live act Booka Shade have been at the forefront of contemporary dance music ever since their classic singles 'Body Language' (with M.A.N.D.Y.) and 'Mandarine Girl', together with the label they co-run, Get Physical, conquered the clubbing underground, then Ibiza, then the world. Three years later, Arno Kammermeier and Walter Merziger show no signs of slowing down: in the year gone by the duo completed their mammoth Movements world tour (which took in close to 150 shows over the course of 20 months, and sealed their reputation as one of the world's most exciting and energetic electronic live acts), releasing the 12"s 'Tickle'/'Karma Car' and 'Numbers', both international radio and club hits, along the way. The latter was plucked from Booka Shade's first mix CD, for the DJ-Kicks series, which was widely acclaimed and chosen both as DJ Magazine's compilation of the year and Mixmag's #2. The band released two remixes, of Dave Gahan's 'Kingdom' and Dubfire's 'I Feel Speed', which topped DJ charts all over the world.
This year is going to be a huge and hectic one for Booka Shade: in February they will release the 'Movements Tour Edition', which comprises the original 2006 hit album Movements together with a new live DVD, We Came To Dance, featuring a full live show filmed at Belgium's Pukkelpop Festival last year, a revealing tour documentary and bonus tracks. The band unveil a new single in April, followed by a brand new studio album in May, their third to date. Then, having only just recovered from the ecstatic but shattering Movements tour, Booka Shade will pack their bags once again and set off to deliver their music live and direct to fans at festivals, clubs and concert halls around the globe on a new world tour.