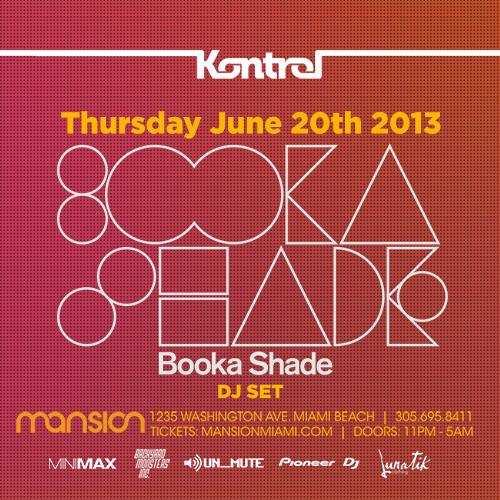 Booka Shade are the production masterminds behind most Get Physical releases (eg all releases and remixes of M.A.N.D.Y., DJ T., Sunsetpeople and Chelonis R. Jones). In charge of their own production company and studio for the last 15 years, they have applied their wide range of talents not only to the realm of electronic music, but also a large number of other media productions. After two early 90s synth pop album releases and a number of live tours, they switched their attention to club projects for established labels like R&S, Harthouse or Tommy Boy. But it was their early incarnation of Booka Shade on illustrious Dutch label Touché which hit the zeitgeist and triggered excitement and enthusiasm in clubs. Join us as Kontrol presents Booka Shade for a DJ set at Mansion Nightclub in Miami Beach.