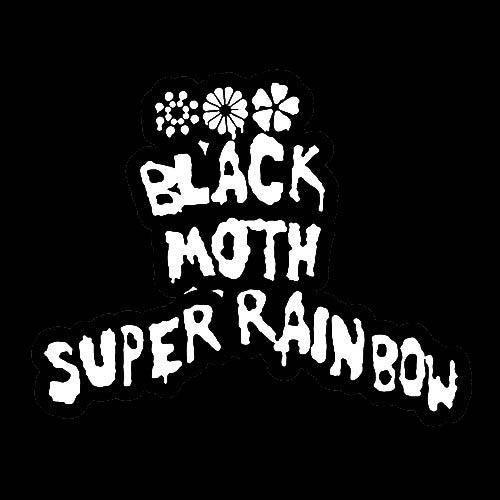 
A notoriously enigmatic band hailing from Pennsylvania, Black Moth Super Rainbow made waves on the indie circuit in the early 2000s with their brand of otherworldly, psychedelic indie pop. The project began in Pittsburgh in 2002, and expanded to include five members (Tobacco, the Seven Fields of Aphelion, Power Pill Fist, Iffernaut, and Father Hummingbird) in the following year. Packing a sound that nodded to contemporary retro-chic electronic acts like Air and the Octopus Project (who they would eventually collaborate with), the group released their first album, Falling Through a Field, in 2003. Basing their operations in an undisclosed location somewhere in rural Pennsylvania, the group released two more albums, Start a People and Lost Picking Flowers in the Woods, over the course of the next three years. A critically acclaimed collaboration with the Octopus Project, 2006's The House of Apples and Eyeballs, combined with a successful debut at that year's SXSW launched the group into the indie limelight. Their sticky, rainbow-tinted fourth release, Dandelion Gum, hit stores the following year. After Tobacco released a solo album in 2008 Fucked Up Friends, the band regrouped with producer Dave Fridmann and recorded their slickest, most accessible record to date, 2009's Eating Us.