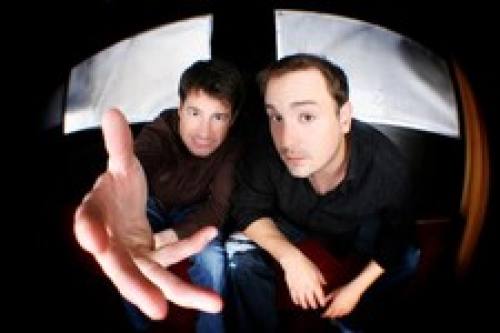 What: BioDiesel @ The Mint


Come out to the FINAL show of BioDiesel's West Coast tour in support of Carbon Confidential, their brand new Ep.


BioDiesel lies in razor thin space between band and dj, synthetic and human, man and machine.


On one end you have drumming legend Johnny Rabb—pioneer of the freehand technique, who has performed and given clinics the world over. Recognized as an inventor, author, educator and the Original World’s Fastest Drummer, Johnny is able to execute his passion for live electronic music in ways that few (if any) others are able. His high rhythmic plateau is the foundation on which BioDiesel is constructed.


Add Clay Parnell who is known throughout North America as bassist for Brothers Past – one of the premiere bands blending rock and electronic music. Urb put their latest studio release at “the top of the growing pile of genre bending releases.” Performing regularly with what reads like a who’s who list in the edm and livetronica world, Clay has emerged as the “go to” bassist in this rapidly expanding genre.


As if the parts aren’t powerful enough, the real story is the sum that is BioDiesel when Johnny and Clay take the stage. Sharing writing and production duties, the two are able to pull off their complex arrangements utilizing the latest technology the world has to offer. The result is an ensemble that is as powerful and majestic as it is sleek and streamlined. Whether performing their original compositions or their crowd-pleasing live-dance remixes, BioDiesel delivers. Though generally a duo, one never knows who will be joining BioDiesel on stage. Their format so easily allows for guest sit-ins that many BioDiesel performances have produced heavy-weight, one of a kind collaborations.


Whether shaking a dance club to its foundation, blowing the doors off a large theater or bringing a festival audience to their feet – whether as a two-piece or as the center of a larger ensemble, BioDiesel is on the cutting edge of tangible electronic music.