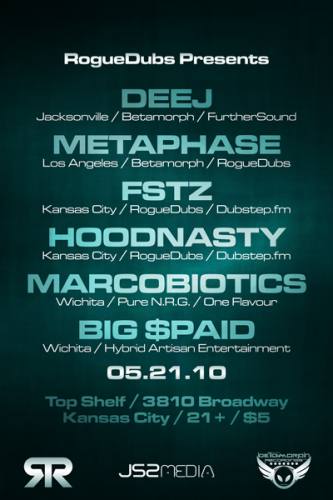 DEEJ - Florida (Owner of Betamorph Recordings)
http://www.myspace.com/betamorphrecordingsmusic
Drawing his eclectic influences from across Drum and Bass, Breaks, House and even a little Pink Floyd, Betamorph has given Deej the perfect platform to unleash his vision of tomorrow’s noise on both national and global levels. With Betamorph growing exponentially this year, 2009 has been a year for traveling, marketing the Betamorph name and dropping tunes in Austin, Houston, Louisiana, Chicago, Orlando, and at least several times in Atlanta. Highlights included Deej’s opening set for Scuba in May, the honor of opening for DZ’s Chicago show in August, as well as an epic headlining show for Ghost Industries in September called ESP. Now represented by FurtherSound Management, Deej is already cementing his place alongside the legends.
Metaphase - Los Angeles
http://Myspace.com/MetaphaseDubstep
2009 was quite a successful year for Metaphase . Moving on from 2009 with a large discography and having performed around the U.S. on some heavyweight sound-systems alongside artists like DZ, Tech Itch, Trace, Flying Lotus, Daedelus, Seven, Professionals, Bassnectar, MRK-1, and Boxcutter; 2010 only bears more and greater success for Metaphase. This year has also yielded several heavy vinyl/digital releases from Metaphase on labels such as Betamorph, Blipswitch, Foul Play, and multiple original EP's and singles on Dub Frequency, Rogue Dubs, Satya Dharma [full album forthcoming!] , Blipswitch, and Bassment Projex.
FSTZ - Kansas City / RogueDubs / Snatchy Trax / Dubstep.fm
http://www.soundcloud.com/fstz
Hoodnasty - Kansas City / RogueDubs / Dubstep.fm
http://www.myspace.com/hoodie963
Marcobiotics - Wichita - Pure NRG / One Flavour
http://www.facebook.com/marcobiotics
Big $paid - Wichita - Hybrid Artisan Entertainment
http://www.electriccollective.com/big-spaid 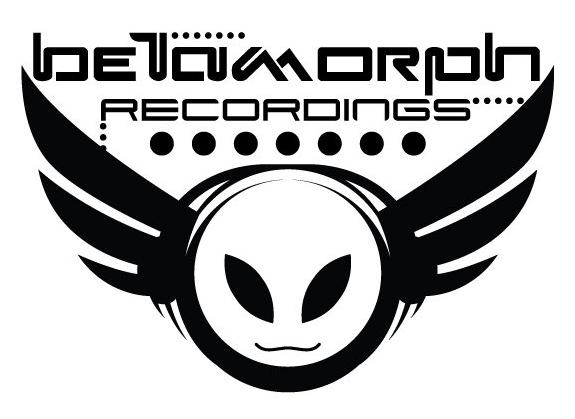 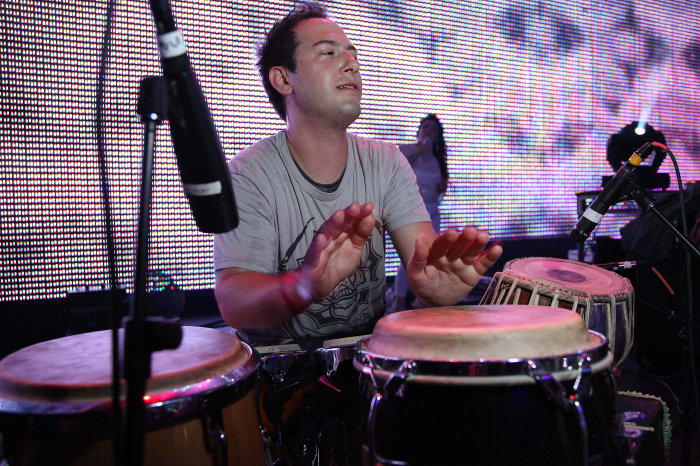