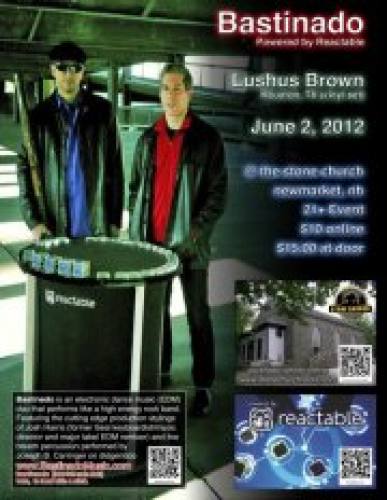 What: Bastinado powered by Reactable

Bastinado fuses the most cutting-edge piece of musical technology, the Reactable Live with the ancient sounds of the didgeridoo. Their live shows are arranged 'on the fly' & continuously mixed like a DJ set.

Lushus Brown a member of Injoy Presents brings her brand of funky vocal house & electro to dance floors throughout the US. In 2001, she quickly found herself spinning some of Houston's premier venues, from Bambu Lounge, The Social, Seven Lounge, Belvedere, to M Bar. In 2003, she was named the Critic's Choice for Best Lounge DJ in Houston. In 2004 & 2005, she received nominations in the same category for the Houston Press Music Awards. Never one to compromise her style, Lushus Brown's DJ sets have a warm, upbeat feel that has won her strong praise from the likes of DJ Aphrodite & DJ Hardware.
About | Advertise | Contact | FAQs | Terms of Use | Privacy Policy | Accessibility Policy © 2022 - TheUntz.com. All rights reserved.