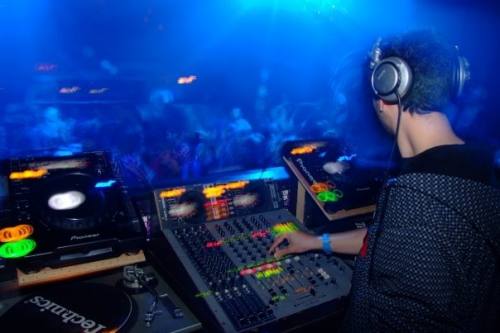 Bio - At 14 years of age most young people are starting to realize their potential. this was no different for Doctor P back in 2000 when he discovered the music world.

At the age of 14 he started to play instruments finding a great love for the drums and guitar, as well as many others. by the age of 16 he took this talent to the live stage with unsigned bands, developing his gift to a better level and getting a taste of the musical world he was destined for.

With his new skills, Doctor P started to attract interest from artists and labels within the drum & bass market, the first being cyntax error records in 2006. this saw his first debut release called 'the lawnmower tune b/w vitamin funk' which had additional production by DJ Amadeus. this was to be the record labels' debut 12 under the pseudonym 'sounds destructive'.

Later releases 'police tape' & 'many moons' followed with production help from dj kulprit, which gained interest from some of the artists major players like Kenny ken & Brockie.

2008 also took a turn in Doctor P's career after being talent spotted by Krafty Mc of Maximum Boost records. Doctor P was introduced to label manager & co owner DJ Swan-E whom drafted a contract and signed him to become a maximum boost records artist. a mixture of wisdom and talent combined the pair to produce their debut collaboration 'straight to ya ear' which featured the vocals of Mc Fearless.

It did not take the pair long to click together and with their talent mixed into one package; they released 'give me more/paralysis from analysis' which became the labels final release of 2008.

2009 promised to be a big year for Doctor P as a solo artist as well as part of the newly formed Slum Dogz. He branched out into dub step to show his diversity as a producer, joining forces with Flux Pavilion to bring 'Air Raid' to the dance floors. With this release the pair decided, along with Swan-E, to create Circus Records. With his current release 'Sweet Shop' smashing almost every corner of the globe with over 10,000 copies being sold making it the biggest dub step track to date of 2010, Doctor P has certainly cemented himself firmly in the music world.