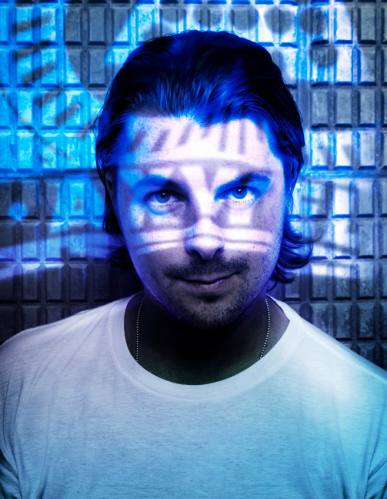 The king of the sun-kissed summer anthem; the mogul behind one of the hottest imprints on the planet; a superstar DJ who's never lost the giddy enthusiasm of a fledgling clubber; and arguably the most successful and influential remixer of the 21st century. By anyone's standards, Axel 'Axwell' Hedfors is a giant of modern-day dance music - and he's only going to get bigger.

Axwell's steady ascent into clubland aristocracy began back in 1995, when the eager Swedish teenager began teaching himself the arcane science of drum-machines, synthesisers and sequencers, and started releasing his very first tracks, as part of techno duo Quazar. By 1999, he'd moved towards a housier sound, as evidenced by his debut solo single, Funkboy. An impressive calling card, it paved the way for a steady flow of increasingly confident underground hits, until Axwell struck crossover gold with 2004's glorious 'Feel The Vibe'.

An unstoppably uplifting and instantly memorable track, the original version of 'Feel The Vibe' (featuring vocalist Errol Reid) dazzled every corner of clubland, before an overhauled version (with new vocals by Tara McDonald) gate-crashed the UK top 20. 2005's 'Watch The Sunrise' (featuring Steve Edwards) proved to be another unstoppable anthem, as was his 2006 collaboration with fellow Swedish House Mafioso Steve Angello, Supermode's 'Tell Me Why'(released via Ministry Of Sound, it reach #13 in the UK and #3 in the Netherlands). But it was 2007's rave-referencing 'I Found U' (#6 in the UK charts) that really cemented Axwell's status as a producer who could marry artistic innovation with strong commercial appeal - a rare thing indeed, in any genre of music.

"I do feel pressure to maintain a certain level of success," says Axwell. "That's a weight that lies on my shoulders - but all that pressure comes from myself. I want every tune to be better than the last one: to sound stronger, to be phatter, to work better in a club. So it's pressure, but it's good pressure. It pushes me forwards, creatively."

"For me, it's all about asking questions of myself. Would I play this? Would I play it during peak time? Is it the phattest thing I've ever heard? Is it the most futuristic shit out there? I question the track - and myself - the whole time. I've got a good expression: the goose-bumps never lie. If you get goose-bumps during the production stage, then you're on the right track..."

Axwell's Midas-like touch - along with his peerless technical ability - has made him the go-to guy for artists looking to get their latest release reworked into a storming dancefloor juggernaut. Madonna, Nelly Furtado, Moby and Pharrell Williams have all come a-knockin', while productions such as his masterful reworking of Hard-Fi's 'Hard To Beat', his sublime remix of The Temper Trap's 'Sweet Disposition'(along with Dirty South) and of course his unstoppable version of TV Rock's 'In The Air' have gone on to become as big as - or, in many cases, bigger than - the original tracks.

Part of what makes Axwell such a sought-after producer is his dazzling stylistic agility; he can switch between house, techno and electro (and everything in-between) without even breaking a sweat.

"Axwell has an innate feel for the dancefloor," says long-time fan Judge Jules, "but his versatility is even more impressive. Too many producers get caught in a trademark groove, becoming a prisoner of their own perceived style. Axwell's material is so varied, but it never fails to rock - big time."

You only have to take a look over the back catalogue of Axtone, Axwell's much-admired label, to see his enthusiasm for a dizzying range of styles and sounds. From the banging to the beatific, Axwell and his roster of artists - which includes Dirty South, TV Rock & Prok & Fitch amongst others - really have managed to please all the people, all the time.

Things have been comparatively quiet in terms of Axwell's own release schedule for the last 12 months or so - his biggest tune of recent times has been 'Leave The World Behind', the spectacular collaboration with Laidback Luke and his Swedish House Mafia cohorts Steve Angello and Sebastian Ingrosso. However, there's a very good reason for this usually prolific producer keeping a relatively low profile, track-wise.

"I have been holding back with the productions for a bit," says Axwell, "and that's because I'm currently trying to finish off my debut album. It's going really well. I'm used to just working track-by-track, but making a whole album, and making the whole thing sound fresh - all the tracks, all at the same time - that's been a challenge, but a really fun one. And that's why I didn't release that many tracks in 2009 - although, what I did release kept me going for the whole year!"

Album or no album, Axwell has still found time to personally send the planet's biggest clubs into utter gleeful meltdown. DJing remains a real passion of his, a way to stay connected with clubbers and their ever-changing tastes.

"I try to keep a balance," he says. "I make sure that I get enough time in the studio, so that when I DJ I have new tracks to play. That keeps me excited. I want to play those tracks and test them out, to see if they work in a club. That helps me to keep my edge."

"I'm the sort of person who never lets their guard slip: I always want to do the best possible job. And if I ever do feel like slacking off, I just remind myself: Listen man, you have the best job in the fucking world! I should be laughing and having fun the whole time I'm DJing! I do try to keep in mind how lucky I am."

All those delayed flights, mislaid bags, early-morning taxis and late-night hotel check-ins have paid off: in 2009, Axwell whooshed up six places on DJ magazine's esteemed annual Top 100 DJs survey, with his legion of fans voting him in at #14. His rise through the rankings can probably be part-explained by the Swedish House Mafia's acclaimed and enormously popular run at Pacha, Ibiza, throughout summer 2009. Every Monday night found Axwell, Steve Angello and Sebastian Ingrosso paying to packed dancefloors and ecstatic reactions.

"Swedish House Mafia," explains Axwell, "is kind of a bonus thing on top of our individual solo careers. It's the 'extra everything' on a hamburger. I guess we might get together and do another season at Pacha, out in Ibiza, plus maybe some more shows in the style of the ones we did at Brixton Academy in November last year. They were so much fun - one of the high points of the year for me."

Whatever direction the music takes Axwell in next, you can be sure that he'll be closely followed by admirers and imitators alike. "During the past 15 years," says sometime Axwell-collaborator Bob Sinclair, "there are only a few guys who have really influenced the dance-music scene with their sound and the way that they produce. Axwell is one of them."