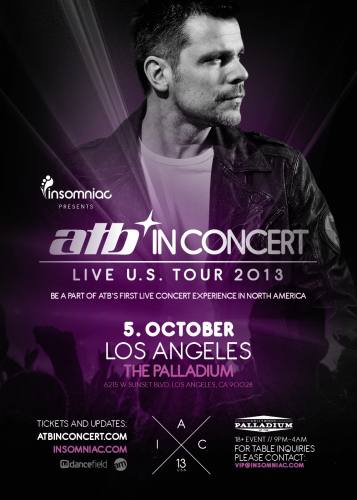 
ATB IN CONCERT is more than just a simple DJ show. It’s the experience of a complete night full of ATB music presented on an exceptional way his audience never see before. Get ready for the biggest ATB hits as well as new tracks of his upcoming album presented live by a band, consisting of drummer, guitarist, bassist, keyboarders, the original singers and of course ATB.