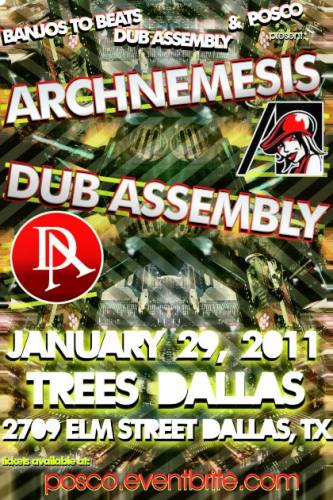 An All Ages Event

Formed as the musical brainchild of Curt Heiny and Justin Aubuchon (Telepath, MO Theory), Archnemesis creates its distinctive sound by combining original music with samples ranging from early 20’s blues and jazz to modern hip-hop and soul. With their first EP, Diamonds and Glass, released October 6th 2010 on 1320 Records and their debut full- length album slated for release at the beginning of 2011, Archnemesis continues to turn heads at festivals and club shows while elevating the standard for modern electronic music.