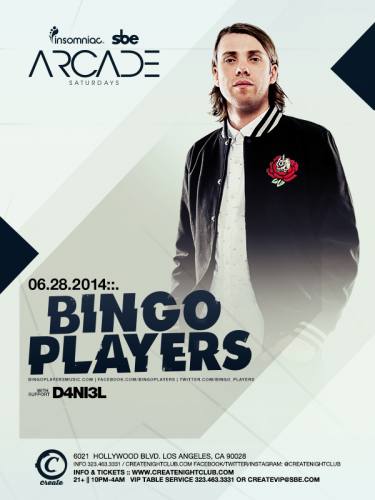 Maarten Hoogstraten wasn’t like other kids his age. When he was 10, his friends were buying toys to play with, but Maarten was already spending his cash on vinyl and CDs.You know how it starts,” he said with a chuckle. “I was the one who bought records when I was young, I bought lots of vinyl, seven-inches, twelve inches, and when CDs came about I bought a lot of CDs, growing up, I spent all my money on music.” The producer behind the hit EDM act, Bingo Players, got hooked on electronic music when he was a kid, listening to The Prodigy’s “Out of Space,” and wishing he could make the kind of tunes that were being played on Dutch radio. But, at the time, to make dance music, you needed physical equipment—synthesizers and drum machines—far out of his reach at his age.

When he was a teenager, two events would change his life. An early music software program called ProTracker was released, and he would meet Paul Baümer, who would become his musical partner for the better part of the next 15 years until he suddenly passed away from cancer in 2013.

Maarten met Paul through his younger brother in Enschede, Holland, a two-hour drive from Amsterdam. One day, he went over to hang out with Paul’s younger brother, and found that Paul was also making music using ProTracker software. “It was only four channels and was really basic, but it was a start and really fun to do.” “When we discovered we were both making similar sounding music with the same program we started spending all our time together and became friends right away’” said Maarten.

Over the next decade they began recording; and in 2006 they began recording under the moniker, Bingo Players. Their tracks started to resonate with the EDM crowds in America and abroad. Their songs— featuring buzzing, bouncing synthesizers, crunchy, guitar-like riffs reminiscent of the Chemical Brothers, and powerful, driving beats— are shaped by a memorable lyrical hook or a melody. 2009’s “Devotion” utilizes the catchy vocal hook, and sets it against a funky infectious saxophone riff and syncopated backbeat.