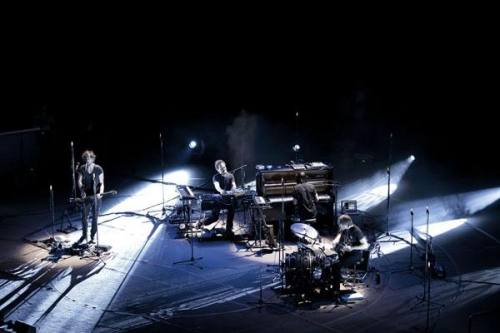 
Apparat is a German electronic musician (Sascha Ring) living in Berlin, Germany who since 1999 has been running the Berlin based record label “Shitkatapult” together with T.Raumschmiere. Starting out with dance floor-oriented techno, he later started to create ambient music and recently became ”more interested in designing sounds than beats”. Recent music is closer to glitch, clicks and cuts or idm, accompanied with classical string instruments and other sounds. He works with his own tool created in MAX/MSP framework. Effects are controlled by midicontroller.


”While sensitively orchestrating his chamber musical qualities on his records or in his studio, his live performances are known for kicking some ass!”


Hailing from Berlin, producer Robot Koch is not only the mastermind behind his band Jahcoozi (Bpitch Control), he also produces and performs as a solo artist under his own name and works as a songwriter and producer for many different artists internationally.