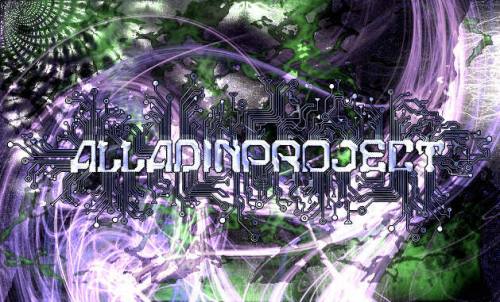 After a rejuvenating hiatus, Alladin Project returns to NYC with more energy than ever.  We are ready once again to unite the trance family under one roof with the top-notch line ups and imaginative décor the community has come to expect from our exceptional team.  It's sure to be a magical night full of dance, melody, happiness, and love as we kick it up a notch for an autumnal gathering of cosmic proportions.

We look forward to seeing you all as we celebrate Alladin's joyful return.

We are happy to welcome back the dynamic psychedelic full-on trance super power known as Logic Bomb.  Logic Bomb’s tracks make appearances on top notch compilations from famous trance labels such as TIP Records, Spirit Zone and Transient, and released their own debut album, “Headware”, on Spiral Trax, Sweden's leading trance label.  With many years of experience in the electronic music arena, including collaboration with Dennis Tapper as Hux Flux, this highly skilled tech-savvy team makes no compromises on production quality, resulting in some of the crispiest sounds the trance scene has to offer.

Jonas Pettersson, aka Tranan, has been passionate about music since the piano playing days of his youth.  He discovered the psy-trance scene in 1993 with friend Dennis Tapper, who later became his partner in the Hux Flux project.  Jonas was motivated by the desire to create music exactly as he wanted to hear it, music that did not yet exist.  Hux Flux gigs took him around the world, until he began Logic Bomb in 1998 with Johan Krafft, and later Jonaz Bergvall.  To date, he has toured every continent aside from Antarctica, including highlights like Solstice Music Festival in Japan 2002, Boom Festival 2000, and Samothraki 2002 and 2003.

Alladin Project is committed to keeping it fresh, and thus it is our great pleasure to host rising star “Numb”, for a first ever North American performance!  Numb brings a new electronic sound highlighted by high melodic leads and massive bass lines to celebrate the release of their brand new Digital EP “Sine”.  Liran and Ilan are behind some of the most creative and serious full on trance sounds currently being produced so look out for Numb’s upcoming Debut album release.

The EP includes three amazing tracks, starting up with a tribute for Cosma's all time dance floor hit “People On Hold” (Numb Rmx 2010), and continues with two more vibrating tracks “Sine”, and “Uncontrolled”.

***Due to the nature of the location we will be limiting the capacity(to ensure that we will all enjoy ourselves comfortably).  Advance Tickets are strongly advised, and expected to sell out.

See You All Soon!