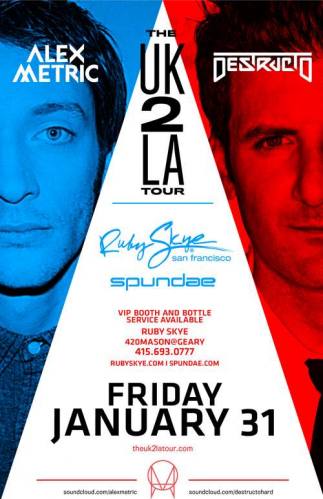 Alex Metric is a British musician, DJ and producer. He has released numerous EPs, remixed artists such as Depeche Mode, La Roux, NERD, Phoenix, and Bloc Party as well as working as a producer for acts such as The Infadels, Charli Xcx and Adam Freeland.

Destructo (Gary Richards) began DJing and producing undergrounds in the early 90s in Los Angeles, most notably creating RaveAmerica at Knotts Berry Farm. Rick Rubin subsequently handpicked Gary for A&R in electronic music at Def American Recordings, launching a noteworthy career with such acts as Lords of Acid, Messiah, David Holmes, Basement Jaxx, Dub Pistols, God Lives Underwater and founding 1500 Records and Nitrus Records. After carrying his success to the metal world with No Name Mgmt, Destructo returned to his roots in 2007 by creating HARD. HARD events such as the HARD Haunted Mansion have become synonymous with cutting edge electronic music and unforgettable experiences, where the talent rosters reflect Destructo's own impeccable DJ sets. 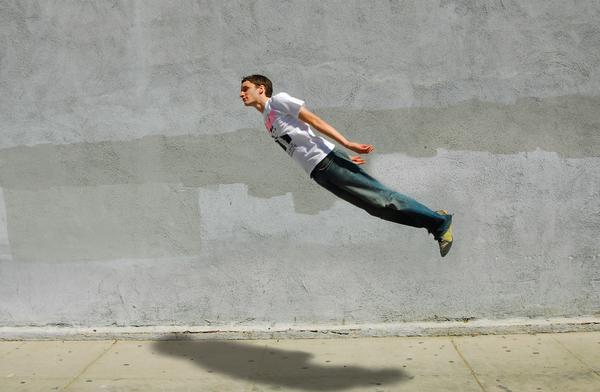