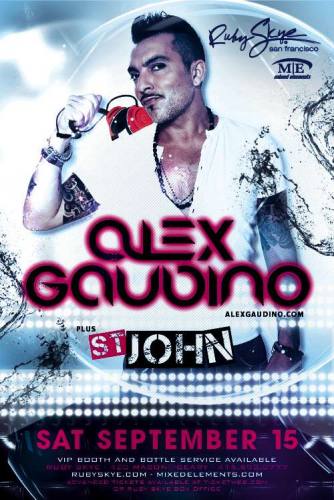 Alex Gaudino started his music biz career in 1993 in Flying Records and UMM.

In 1998 with the support of  the famous Italian record company TIME, Alex founded his own label, RISE Records and soon had a string of hit records like The Tamperer and Black Legend (Alex is the only Italian A&R with two # 1’s in the UK sales chart ) and Robbie Rivera’s “Bang”, thanks to which he got a nomination as best European A&R at the European Music Awards in London in 2000.

He produced two singles in 2003 with Crystal Waters and Ultra Natè. “Destination Unknown” was played by all the key deejays, including Pete Tong and Judge Jules and reached the top of the UK Buzz charts.

There is Alex’s touch behind Supacupa and Sambatucada (Gaudino da Costa) and his remix of “Is it cos I'm cool” by Mousse T left its mark on the summer of 2004. In 2005 Lil' Love “Little Love” was played by Pete Tong in exclusive at Nikki Beach in Miami during WMC 2005. The record came out on Positiva in UK and reached the top of the club charts; in 2006 Alex remixed Pete Tong & Chris Cox (Deep End), Mousse T (Horny) and James Kakande (You You You). Ministry of Sound released his single “Reaction” and his project Blue Lipstick “Head o ver Heels” came out on on Hed Kandi.

But the real gear-change came with “Destination Calabria”, an artful combination of Crystal Waters’ vocal with Rune’s Calabria. The track dominated the singles sales charts in UK and all over Europe launching Alex’s career as an international dj. His reputation as one of the most fun dj’s on the circuit is spreading like wildfire. He knows how to play to the crowd and is getting booked by the finest clubs on the planet. And 2008 looks all set to turn up the heat even more as the new single “Watch Out” bounces into the sales  charts worldwide.

Alex is touring the coolest clubs around the world from the Soho Rooms in Moscow to Eden in Ibiza, bringing a touch of Italian style and savoir faire to the the dancefloor. 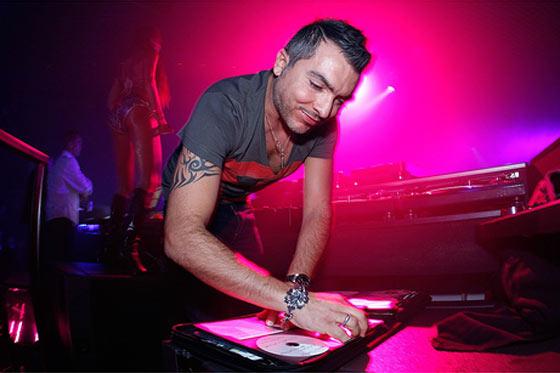