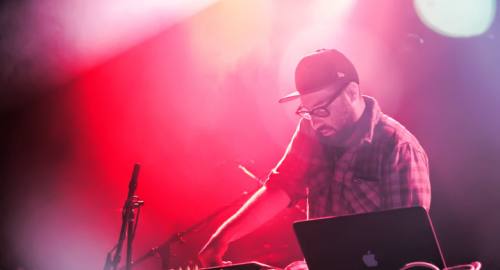 What: Alex B @ Samana Lounge

Those familiar with Alex B already know that he tends to take a layered approach to everything, especially his music. His tracks are intricately crafted with painstaking care and attention to detail — a careful mix of analog and digital sounds elevated by imaginative samples and the insight of a classically trained musician. The result is a blend of timeless warmth and future beats that is as easily adaptable to introspective time with one’s headphones as it is to group mania on a mobbed dance floor.

Years of focused time in the studio and relentless touring all over the world have earned Alex his due recognition, with hype surrounding the rising producer growing daily. In the Last year alone, Alex received airplay on BBC’s Mary Anne Hobbs Show (the authority on up-and-coming bass music) and URB Magazine, who flagged him as one to watch in their highly regarded annual “Next 100” issue. 2010 also saw the release of his debut album “Moments” which received glowing reviews across the board. “Moments” which debuted at #4 on the ITunes Electronic Charts launched Alex into the spotlight with the top producers in the exclusive “beat scene” that his style of music is often grouped into.