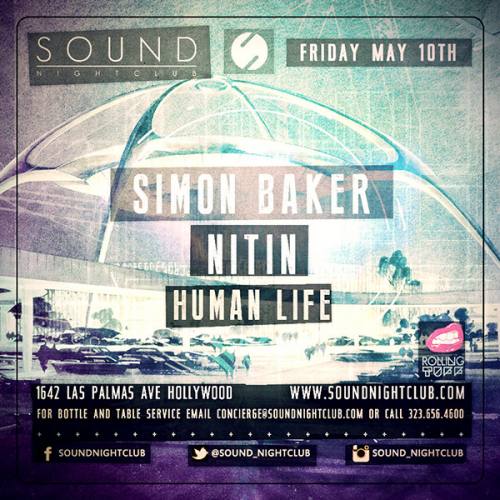 His DJ career has spanned over 15 years having played from Coast to Coast across Canada, down to Ultra Music Festival, WMC, Miami, to The BPM Festival in Playa del Carmen, Mexico, and across the oceans to the UK. More recently he has also has the opportunity to play for some of the most music driven promoters in the US. BLK|Market in Brooklyn and the Standard Rooftop in LA for the famous Sunday parties. Playing alongside many of the top DJ’s in the world regularly Nitin share the decks with the likes of M.A.ND.Y Damian Lazarus, Jamie Jones, and Audiofly to name a few. Being referred to as “One of the most technically gifted DJ’s around” it’s evident that Nitin is here to stay, and his step onto the international stage may be destined. Regardless, he steadfastly focuses on the music and vibe, and wisely steers clear of industry nonsense.

Fast forward to 2011, and Nitin has built a respected name for himself. Considered to be a key player in the recent explosion of Toronto artists on the world stage. Nitin has been hard at work in the studio focusing on his production, In 2008 launched No.19 Music with Label Partners Jonny White of Art Department. Already the label has seen critical acclaim with releases and remixes from legends DJ Sneak, Osunlade, Stacey Pullen and future legends Jamie Jones, Soul Clap and Adam Marshall to name a few. Nitin's debut EP on released in 2009 of No.19 was one of the labels best sellers and received a wide array of press and DJ support.

Simon Baker is a DJ and producer who has always managed to operate on his own terms since first emerging. Rather than kowtowing to the style of the times, he has pushed his unique house and techno agenda, both as a DJ, and as a producer. The musical knowledge and understanding he’s been picking up since his teens all came to fruition on debut LP ‘Traces’ last year.Before long, though, the wider world caught on to Baker’s dexterous sets, and now by 2012 he has played key clubs like Panorama Bar, Fabric and Watergate, as well as being a regular fixture at the annual BPM Festival in Mexico and now established as a world class touring act, regularly reaching Australia, Asia, South America and most regularly in North America, where he maintains an excellent profile and appearances at the key clubs and events from coast to coast, from the rooftop of LA’s The Standard, throughout Mexico, and up the east coast from Miami’s Electric Pickle to Montreal’s Piknic Electronik festival.

A recent move to London has re-invigorated the Baker man. As well as releasing with Matt Tolfrey’s classy contemporary hub, Leftroom, he’s in the studio more than ever, inspired by his peers and fellow DJ friends, with plenty of results soon to surface in the form of a Hideout EP on Sasha’s new label, Last Night on Earth, a new track ‘Dreams’ on the ever-reliable Get Physical and a collaborative EP with Rob James for LA’s Culprit. And that’s just this year, because in 2013 there will more music coming with Lee Curtiss, as well as a collaborative techno project with Jamie Jones in the pipeline.

Having recently streamlined from a trio into the singular entity of LA-based Matt Wasley, Defected signings Human Life combine the sound of the classic electronic pop of Depeche Mode, KLF or Human League with the contemporary sound of modern dancefloor electro. With over 300,000 views on YouTube for their debut track 'In It Together', godfather of house Frankie Knuckles was amongst the remixers helping win it Radio One airplay while the next release – their final as the original line-up – the appositely named 'Don't Fade Away' is released on Alan Braxe's Vulture label on 2nd April. Mixing up noir house, garage and dirty disco, this podcast take you into their West Coast world and hints at the direction of the album Matt is currently working on with various collaborators.