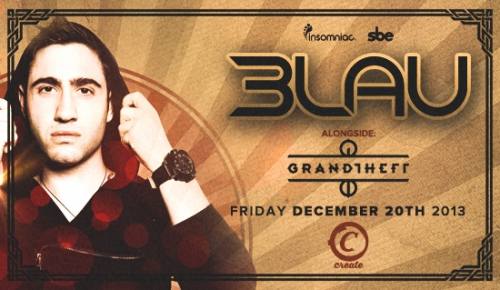 What: 3LAU & Grandtheft at Create

With a background in piano, guitar, and drums, 3LAU's beginnings were in indie, but a trip to Sweden in the summer of 2011 opened his eyes to the world of house music. A year later,  he took the #1 spot in Tiesto's "Work Hard, Play Hard" remix competition, effectively launching him into House music stardom. He joins Canadian Producer/Songwriter/DJ Grandtheft, who features an eclectic, custom club sound that is beyond categorization except for one feature: it gets the dance floor going all night! Prepare for a night for the books this December at Create!
About | Advertise | Contact | FAQs | Terms of Use | Privacy Policy | Accessibility Policy © 2021 - TheUntz.com. All rights reserved.