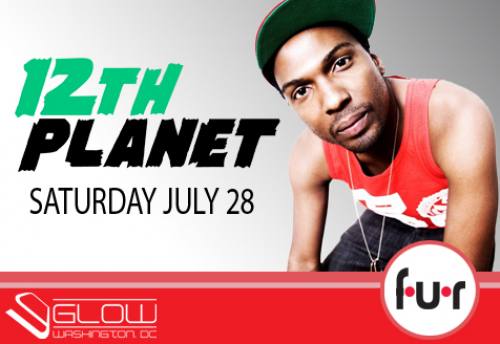 We had him at Fur with Skrill’s Mothership Tour. We had him in Baltimore for Kaskade’s Freaks of Nature Tour. It’s about god damn time we had 12th Planet out to headline at Fur.

He’s known as the Godfather of American dubstep and is one of the chillest mofos we’ve met. Always ready to throw down, 12th bangs out hard electro and dubstep with an emphasis on dub. From the genre’s Jamaican influence to its serious womp with a splash of hip-hop tossed in, the guy knows just what to spin to keep you vibing.

This is only the beginning