Contest Closed This contest has been concluded and a winner has been chosen.

The Untz Challenge IX: Turn Your Dreams into a Reality 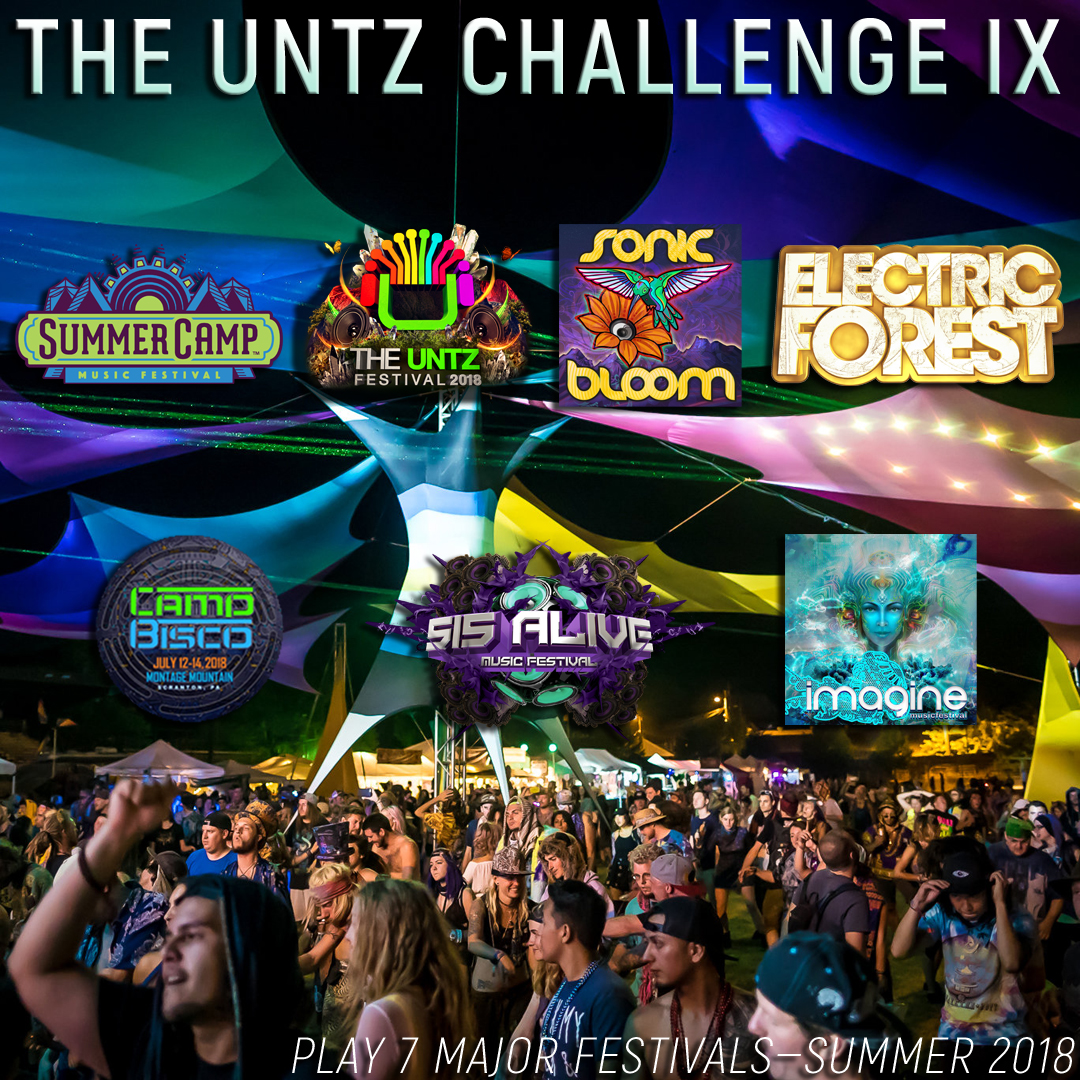 The depressing winter months are drawing to a close, and that means TheUntz.com is bringing back The Untz Challenge. Once again, we are giving two rising stars a life-changing opportunity.

Our prize package includes sets at the biggest and best summer music festivals taking place across the United States—and this year, we've picked the cream of the crop. The two winners of The Untz Challenge IX will be playing at SEVEN major music festivals across a four month span.

Beginning March 5th and continuing until March 23rd, The Untz will accept submissions for the competition via SoundCloud. During the first half of April, fans will vote on their favorite tracks via TheUntz.com.

A total of 2 slots will be given away to the winners of this contest. The grand prize, which includes a performance slot at each of the participating festivals, will be won through the fan voting process. The second place winner is chosen by the staff of TheUntz.com, and will have the opportunity to perform at the same dates along the run.

Now then, here are the rules and regulations of the competition:

The contest is restricted to residents of the United States. Winners will be responsible for providing their own transportation to and from the festivals. Additionally, they will be responsible for bringing whatever equipment necessary to perform at the various festivals, within the specifications outlined in the technical riders and contracts of each individual event. Each festival reserves the right to choose when and where to schedule the winners' slots, including but not limited to, pre-parties, after-parties, and silent discos. The winners may not be afforded full artist privileges at each event—certain events will grant the winners access to hospitality, accommodations, and restricted areas beyond that of regular ticketholders, but each individual festival will communicate restrictions/privileges with the winners.

One of the main objectives of TheUntz.com is to give exposure to promising talent in the electronic music scene. The spirit of competition fostered by these annual challenges is all in good fun, because at the end of the day, fans from around the world are going to get a chance to hear amazing, cutting-edge productions from tomorrow’s biggest stars. It goes without saying, but cheating will NOT be tolerated when it comes time for voting. We've seen it all, so this is just a friendly reminder that big brother is watching, and he knows his programming. Just because this is an electronic music competition, it doesn’t mean we want robots voting. Breaking any of these rules will result in automatic disqualification. Immediate disqualification is a harsh penalty, so make sure you stay within the boundaries.

Cheating WILL NOT be tolerated. TheUntz.com has algorithms in place to detect falsified or "bot" voting. Any competitor even suspected of cheating will be disqualified, so make sure nobody is mucking up your chances of winning with or without your permission.
About | Advertise | Contact | FAQs | Terms of Use | Privacy Policy | Accessibility Policy © 2022 - TheUntz.com. All rights reserved.